A Day To Remember Tickets

October 10 is indeed a day to remember for the loyal fans of pop-punk band A Day To Remember, as this is the day the Florida-native band brings their "Just Some Shows Tour" to Moda Center. It will definitely be an exciting Monday night for fans of the Jeremy McKinnon-led band as they sing to the band's massive hits such as "Right Back At It Again," "The Downfall of Us All," "It's Complicated," "Rescue Me," and many more. Joining the ADTR are the bands The Used, Movements, and Magnolia Park. If this lineup of epic rock bands makes your punk-rock heart raise, then you should consider booking your tickets as early as today! Click on the "Get Tickets" button to secure yours now! 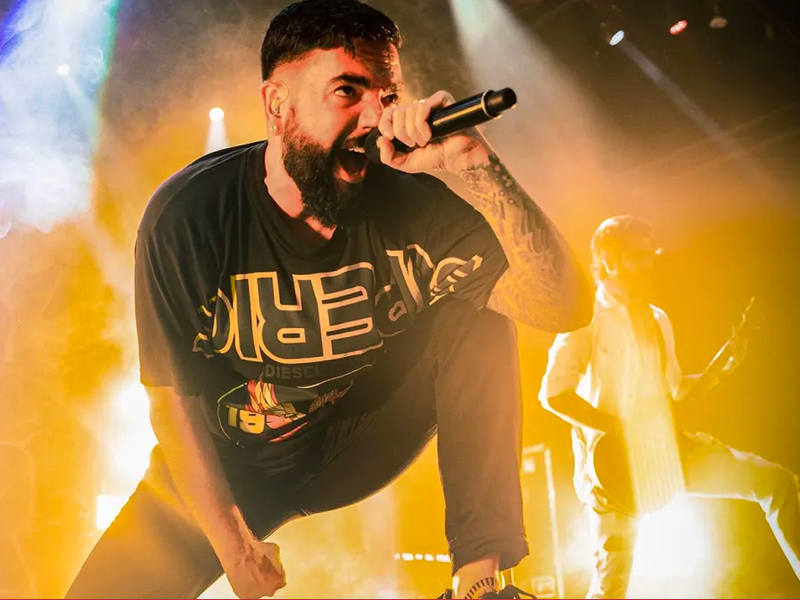 With nearly 2 billion global streams to date, A Day to Remember incited critical praise with their latest album, "You're Welcome." The 14-track album is indeed one of ADTR's best so far; and with the recently featured track "Re-Entry" with Blink-182's Mark Hoppus, things are even looking great for our favorite Florida rockers.

This year, the band is embarking on an epic run of their North American tour as a support for their newest album. The trek will kick off in Maryland this July 27 and will conclude in Irvine, California, on October 28. The band will stop at Moda Center on October 10. The Jeremy McKinnon-led band will be joined by The Used, Movements, and Magnolia Park. Thus, fans can expect nothing but a great concert experience from this concert.

The Used is an American rock band from Orem, Utah, formed in 2001. They are known for their songs like "Buried Myself Alive," "The Taste of Ink," and "I Caught Fire." The post-hardcore band Movements will also hop in as a guest. The band is known for their albums "Outgrown Things," "Feel Something," and "No Good Left to Give." Rounding up the lineup of incredible bands is Magnolia Park, a BIPOC pop-punk band hailing from Orlando, Florida. They are known for their singles "Back Home" and "Tonight." With the inclusion of these three incredible bands, concert-goers can guarantee to have the best concert experience this fall. So be sure to grab your tickets now by clicking the "Get Tickets" button.