Arguably one of the funniest people in the entire world, comedian Amy Schumer comes to Moda Center on Thursday 1st December 2016 for a night of straight up hilarity! The Emmy Award-winning sensation is embarking on her highly anticipated first world tour, in a mammoth 54 show stint, which was announced just after she broke the world record for being the first ever female comic to sell out Madison Square Gardens! Come see what all the fuss is about… 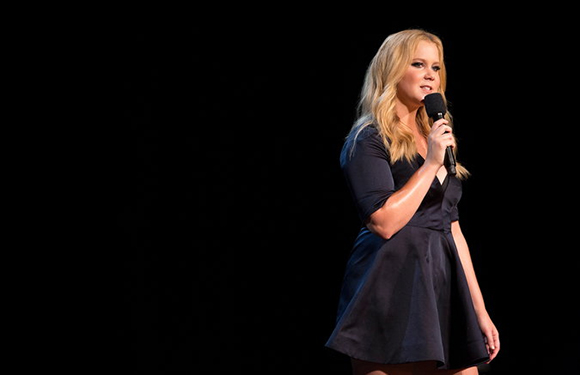 Amy Schumer is an American stand-up comedian, writer, actress, and producer, whose career in comedy began in 2004 with her first performance at Gotham Comedy Club. In 2007, she returned to Gotham Comedy Club to record a Live at Gotham episode for Comedy Central before appearing on Last Comic Standing, a move which she credits as her “big break”. Schumer is the creator, co-producer, co-writer and star of the sketch comedy series Inside Amy Schumer, which debuted on Comedy Central in 2013 and has received a Peabody Award. She has been nominated for five Primetime Emmy Awards for her work on the series, winning the award for Outstanding Variety Sketch Series in 2015. 2015 also saw Schumer write and star in the comedy film Trainwreck, which lead to nominations for the Writers Guild of America Award for Best Original Screenplay and the Golden Globe Award for Best Actress – Motion Picture Comedy or Musical.