Bring Me The Horizon, Sleeping With Sirens & Poppy Tickets 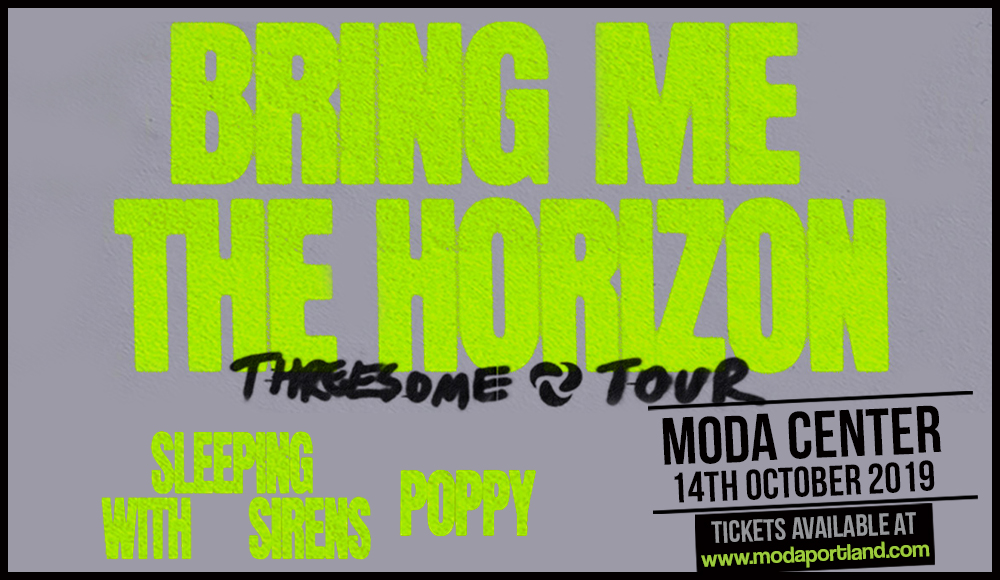 One of the most enduring death-metal core bands to emerge from the UK is Bring Me The Horizon. With their rough and unruly reputation, many had their doubts on how far this band could last. Yet their musicality has shown great potential for those who saw through and believed that their careers could look promising and go beyond the horizon. A decade and a half has passed, Bring Me The Horizon proved their detractors wrong and showed 'em that they're still a force to reckon with. As they recently unleashed their sixth studio album their sixth studio album, ‘amo’, which was awarded five stars in an NME review, with Andrew Trendell saying, “15 years into their career and light years from their deathcore beginnings, Bring Me The Horizon have embarked on an odyssey of diversity in sound, proof that they can do what they want and get away with it”. "Amo" has been streamed more than 415 million times. The band has collectively sold over four million albums globally to date and has played sold-out shows in over 40 countries.