Three-time Grammy Award-nominated, multi-platinum selling, chart-topping singer-songwriter Camila Cabello comes to Moda Center on Saturday 1st August 2020 on her Romance Tour! The tour is named after her hot new second studio album, which has launched the massiv number one hit "Señorita" with Shawn Mendes, as well as recent releases "Shameless," "Liar," "Cry For Me" and "Easy"! Cabello is going from strength to strength as a solo artist and her live performances as not to be missed! 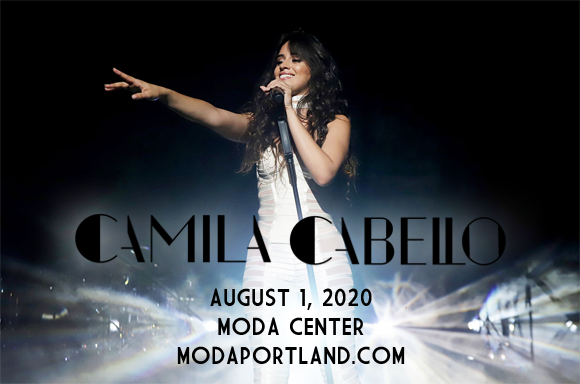 First rising to fame as a member of the girl group Fifth Harmony, who came to public attention as contestants on the reality television singing competition The X Factor US in 2012, Camila Cabello is a Cuban-American singer and songwriter. Cabello left the group in 2016, after achieving multi-platinum success with the band, in order to pursue a solo career. Her Latin-influenced self-titled debut album was released in 2018 and debuted at number one on the Billboard 200. It launched two hit singles: "Havana" featuring Young Thug, which topped the charts in several countries, including the UK and the US, and its second single "Never Be the Same", which reached the top ten in multiple countries. Her 2019 single with Shawn Mendes, "Señorita", also reached number one on the Billboard 200, and in multiple European countries. Cabello has the best-selling digital single of 2018 according to the IFPI, and she has won many awards throughout her career, including two Latin Grammy Awards, four American Music Awards, one Billboard Music Award, four MTV Music Video Awards, and five MTV Europe Music Awards.