The LA Pop-Rocker sisters, Haim bring their One More Haim Tour to Moda Center on Saturday 11th June 2022 with Sasami. The Pop-Rock trio are touring one more time to support their latest album, Women in Music Pt. III, a twice Grammy Nominated album. Grab some tickets and come on down for your chance to hear this critically acclaimed album played live! NME called it, “Haim’s best album yet. It’s bold and brave but delivered with such confidence and chill that it doesn’t feel like a risk.” 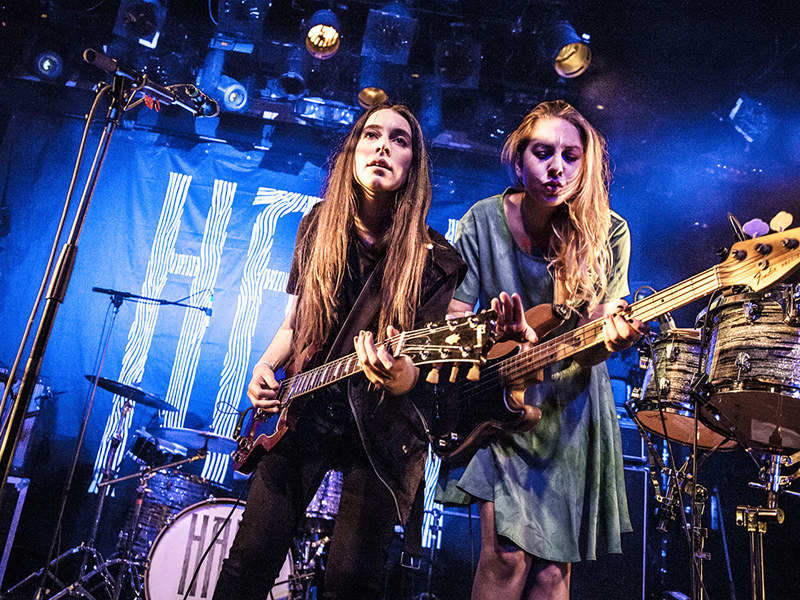 In June 2020 Haim released their latest album, Women in Music Pt. III, it climbed to the number 13 spot on the Billboard 200 and earned the top spot on the Top Alternative Albums, Top Rock Albums, and the UK Albums charts. The album was nominated for Album of the Year at the 63rd Annual Grammy Awards in 2021, and the single "The Steps" was nominated for Best Rock Performance. It was listed by Entertainment Weekly, Slant Magazine, The Guardian, NPR, Pitchfork and others as one of the best albums of 2020, with critics praising its honest and vulnerable lyrics and its experimentation with a wide range of genres, while also paying homage to several other artists.

The LA-born trio officially formed in 2007, prior to which, they performed as the covers band Rockenhaim. In 2013 Haim released their critically acclaimed debut album, Days Are Gone. Its follow-up in 2017 was the slick, Something to Tell You, which saw the sisters revisit the breezy pop and rock melodies of their debut and lace them with more emotional depth. HAIM has never approved of being “put in a box,” as the trio’s eldest sibling, Este Haim, told Apple Music in 2020. “We don’t care about genre or sticking to any sort of script,” middle sister Danielle confirmed. “We have the most fun when nothing is off limits.”