Someone is gonna make your dreams come true! Daryl Hall and John Oates are zooming their way into the live concert stage as they recently announced that they're officially on tour this 2020. The reigning rock music duo in history, Hall and Oates are taking over the live concert stage of the Moda Center on Wednesday 3rd June 2020. And yes, they sought a little help from their friends, KT Tunstall & Squeeze, to share the stage and make the show doubly exciting. Hall and Oates fans are now making a mad dash for tickets. But hey! you don't have to leave your seat. Just move those fingers towards the 'get tickets' link on this website, and with just a few easy clicks, this hot ticket will be in your hands. Get those tickets now! 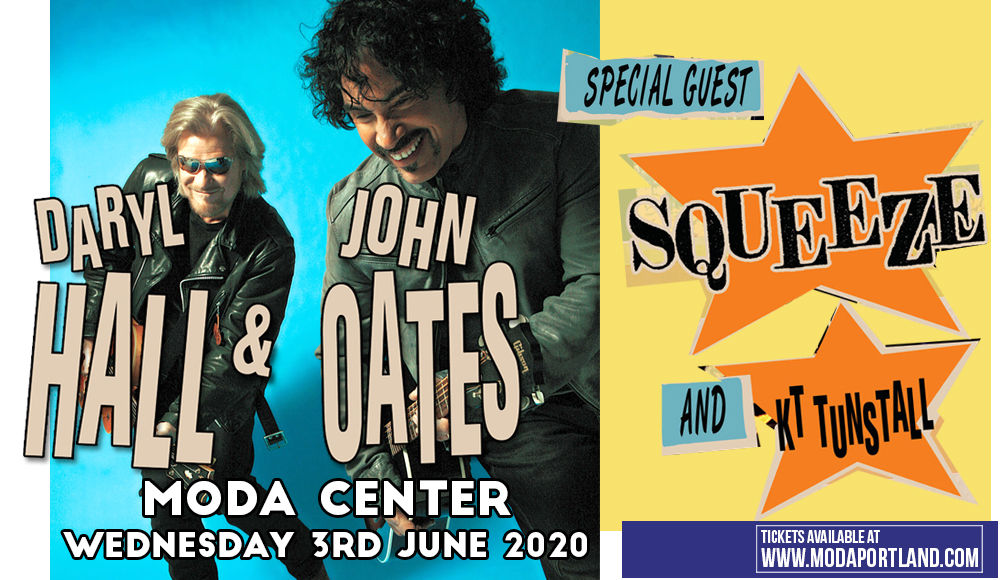 Daryl Hall & John Oates, are the top mind names that pop in the rock music duo category. Their claim to fame of being the best selling music duo in history is backed up by their solid catalogue of hits –their No. 1 singles include “Rich Girl,” “Kiss on My List,” “Private Eyes,” “I Can’t Go For That (No Can Do),” “Maneater” and “Out of Touch”; their Top 10 singles–“She’s Gone,” “Sara Smile,” “One on One,” “You Make My Dreams,” “Say it Isn’t So,” “Everything Your Heart Desires,” “Family Man,” “Adult Education,” “Did It In A Minute” and “Method of Modern Love.” All these and more generated a whopping 40 million records sold.

With their upcoming concert tour, Hall and Oates know that their fans are very passionate and are rabidly looking forward to hear the hits. “I feel a professional responsibility to play the songs that people want to hear,” Oates says. “They are the songs that have made us who we are. We have a lot of them. The only problem is we have too many of them, but that’s a problem that many artists would love to have.”

“A few years back we had a big show where we didn’t play ‘Private Eyes’ for some reason,” says Hall. ” “People got pissed off. They got angry at us. You can’t do that. You have to play these songs.”

Now are you ready to sing along? Save the date and better book those tickets, right here, right now!