British singer and heartthrob Harry Styles is going to be performing at Moda Center on Monday 8th November 2021 (Rescheduled from Wednesday 18th August 2021) as he brings his Love On Tour! Styles is on an extensive tour this summer to support the release of his second studio album, Fine Line, which launched the hit singles "Lights Up" and "Watermelon Sugar"! Styles will not only perform a full headline set of his own, but he'll also be joined by special guest support act Jenny Lewis! 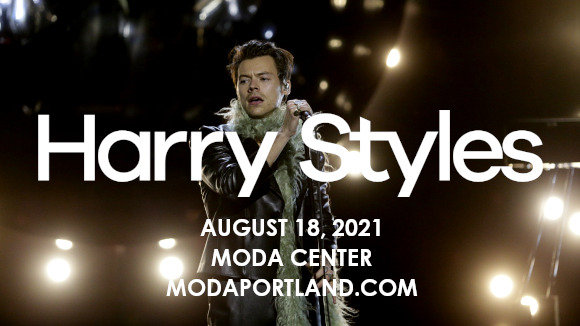 First coming to popularity as member of the British boy band One Direction, Harry Styles is an English singer, songwriter and actor. With One Direction, Styles charted four number-one studio albums on the Billboard 200 and four top-five singles on the Billboard Hot 100 before the band embarked upon an indefinite hiatus in 2016. His solo career began in 2017 with the release of his debut single "Sign of the Times", which topped the charts in seven countries, including the UK Singles Chart, and peaked at number four on the Billboard Hot 100. It was also named Rolling Stone’s Single of the Year, and was the lead single from his self-titled debut album. Fine Line, his second studio album, was released in December 2019.