Are you ready to take music to the next level? Think you can handle Imagine Dragons, Mercury Tour at Moda Center on Wednesday, March 9th, 2022. Grab your tickets now, this is the fifth studio album by the Pop-Rock band Imagine Dragons, released in September 2021. Frontman Dan Reynolds described the album as, “a split into two sides: one organic and looking inward, the other more aggressive and looking outward.” The album touches on themes of loss, loneliness, and grief, while celebrating life.
"Mercury Act-1 is a real work of art. It is powerful and poignant, explosive and intense and dramatic; a true and important story tied into a simple collection of music." – The Young Folks 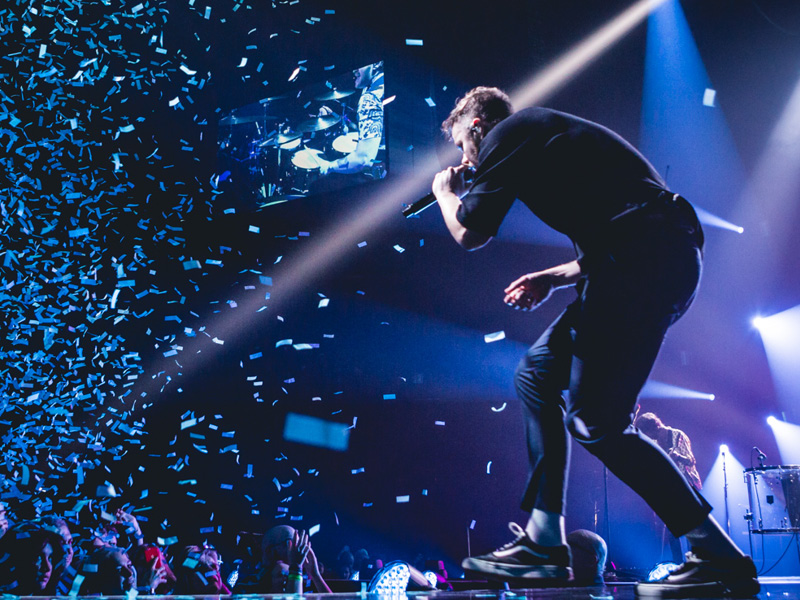 “The Las Vegas rockers’ latest effort will certainly be a grower for some fans. The songs need time to sink in and process, and the album requires a few listens to get the flow of things. Bands should be rewarded for forcing themselves to try new things, and that’s on full display here.” – Riff Magazine.

Formed in 2009, Imagine Dragons first revealed their limitless passion and genre-bending sensibilities with their major-label debut, Continued Silence, a 2012 EP featuring the double-platinum breakthrough single “It's Time.” With their full-length debut, Night Visions, arriving later that year, Imagine Dragons found themselves on a skyward trajectory that saw the album debut at number 2 on the Billboard 200, selling more than five million copies worldwide. In addition, Night Visions’ diamond-selling single “Radioactive” hit number 1 on the Billboard Rock chart and won Best Rock Performance at the 2014 Grammy Awards. From there, Imagine Dragons went on to see their 2015 sophomore album, Smoke + Mirrors, debut at number 1 on the Billboard 200. Released in June 2017, their third album, EVOLVE, was nominated for a Grammy for Best Pop Vocal Album and spawned three number 1 Alternative radio hits, “Believer,” which topped the Alternative radio chart for 12 weeks and also climbed to number 3 at Top 40 radio, “Thunder,” which hit number 1 at Top 40 and scored a Best Pop Duo or Group Performance Grammy nomination, and, “Whatever It Takes,” which was Top 5 at Top 40 radio.