Impractical Jokers Live comes to Moda Center on Friday 24th July 2020! Joe, Murr, Q and Sal (aka The Tenderloins) are a Staten Island-based comedy troupe and the cast of the globally popular hidden camera reality show Impractical Jokers! The Tenderloins are bringing an all new live show – The Scoopski Potatoes Tour – to the stage, for a night of improv, stand-up, anecdotes and, of course, pranks, providing laughs by the minute! This lively and hilarious show brings the best of the TruTV program to the stage, creating an electric atmosphere that will have you in stitches all night long! 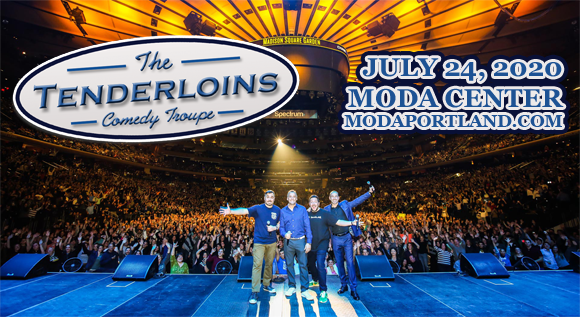 Staten Island high school buddies Joseph "Joe" Gatto, James "Murr" Murray, Brian "Q" Quinn, and Salvatore "Sal" Vulcano formed the sketch and improv comedy troupe The Tenderloins upon graduating in 1999. They spent several years performing the comedy clubs of New York City, before gaining wider recognition in 2006 when they began posting videos of their sketches to various social media sites. In 2007, the group's sketch "Time Thugs", won them that year's NBC It’s Your Show competition, and they took home the $100,000 grand prize. Soon after, they were picked up for a comedy series with Spike TV, but the show was short-lived. However, in 2011, TruTV approached them about creating and starring in a hidden camera reality show, and Impractical Jokers was born! Now, the show is in its ninth season, and has been adapted into a feature film!