Portland, Oregon's wind may be colder this fall, but Karol G will make things a little hotter as she brings the hotness of her "$trip Love Tour" to Portland's Moda Center this October 27, Thursday. Yes! The Latina reggaeton star will embark on a tour this year following the success of her album "KG0516," which was recently awarded Album of the Year at the 2022 Latin American Music Awards. Along with DJ Agudelo888, Karol G will surely make you sing and dance to her hits, such as "MAMIII," "Don't Be Shy," "Ahora Me Llama," and "Mi Cama," among many others. So click on that "Get Tickets" button fast to secure the best seats for the hottest concert event this fall. Book your tickets now! 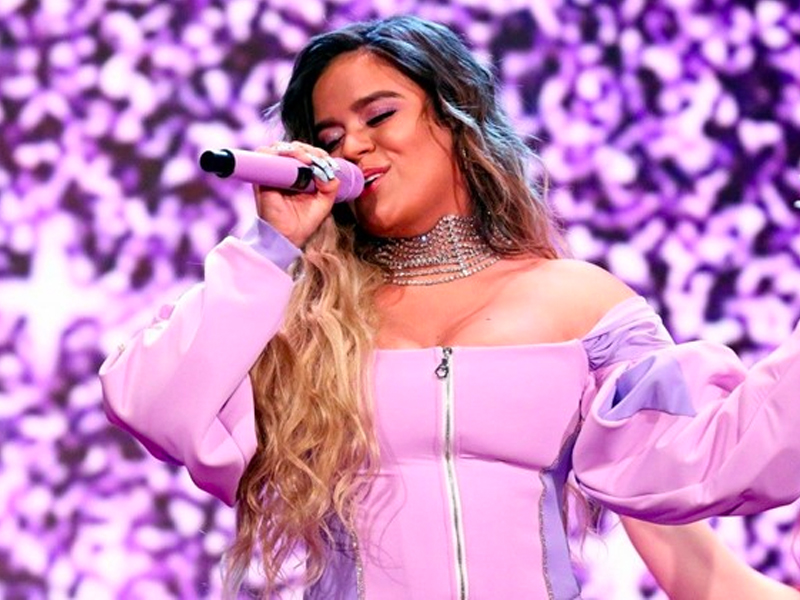 Known for her soulful mix of reggaeton, pop, and dance-oriented R&B, Karol G significantly impacted the Latin music scene when she released her debut LP, "Unstoppable," in 2017. Although she had been in the business years prior, it was only in 2017 that she cemented her name as one of the most sought-after artists in the Latin and reggaeton genre. Her profile rose to immense popularity when she collaborated with some of the biggest names in the music industry, such as Nicki Minaj, Daddy Yankee, Ozuna, J Balvin, and Anuel AA, with whom she had a romantic affair.

In recent years, Karol G consistently topped the charts with song collaborations with other artists, including "Tusa" with Nicki Minaj, “Dame Tu Cosita” with Pitbull and El Chombo, "Enjoy Yourself" with Pop Smoke, and "Follow" with Anuel AA. Just recently, her third studio album, "KG0516," earned her six Latin American Music Awards. Out of the seven nominations she received, she won all six, including Female Favorite Artist and the coveted Album of the Year for "KG0516."

Karol G hinted at a new album coming out this year, and she teased her fans with her newly-released single "Provenza," which took the internet by storm. Apart from this, the 31-year-old Colombian also announced her tour this summer and fall. Coined as "$tripped Love," the trek will make a stop at more than 30-cities across USA and Canada. It will commence this September 6 at Allstate Arena in Chicago and conclude at Vancouver's Rogers Arena on October 29. With guest, Agudelo888, one of the fastest-growing DJs in the urban genre, Karol G will stop at Portland, Oregon's Moda Center on October 27. Don't miss the chance to witness these two amazing artists this fall. Secure your tickets by clicking the "Get Tickets" link.