The enigmatic Lana Del Rey is on enchantress mode once again as she is set to captivate audiences once more as she dropped word that she's going on tour. The highly anticipated 'The Norman F*#king Rockwell! Tour will take this sultry songstress around the country and many parts of the world. But no need to go far and wide. Lana Del Rey is headed just around the neck of the woods and grace this side of town with a live yet limited engagement show here at the Moda Center on Thursday 3rd October 2019. Now is not the time to stop and think. With Lana Del Rey's legions of fans on the prowl for tickets, now is definitely time to act and click 'buy tickets' ! 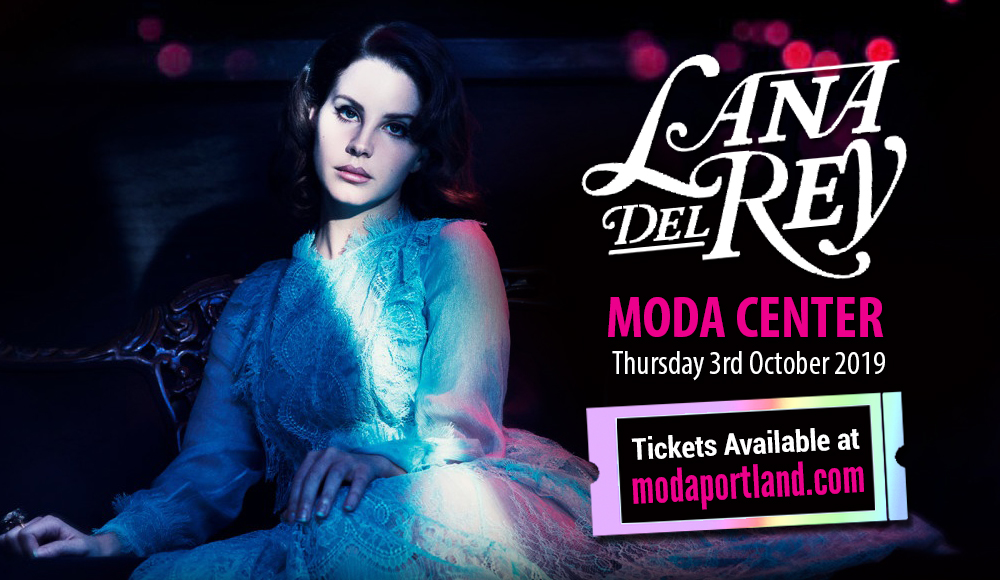 Lana Del Rey has definitely got the hipster vibe, but she attracts a wide array of music fans. Some say she's dream pop, indie pop, trip-hop, psychedelic rock…but could not really pin her down into a particular genre. To many, she is an enigma, and are drawn to her uniqueness and authenticity as she renders music that often explores themes of tragic romance, glamour, and melancholia.

Lana Del Rey's music career was derailed at certain periods. Yet her astonishing breakthrough came with the viral success of her debut single "Video Games" in 2011. This was immediately followed by her major label debut "Born to Die" in 2012 which gave her international success as she spawned her first top-ten single on the Billboard Hot 100 with the Cedric Gervais remix of "Summertime Sadness". Her chart successes were then followed by critical acclaim and prestigious recognitions. She took home aQ Award for "Best New Thing", a GQ Award for "Woman of the Year", two BRIT Awards for "International Breakthrough Act" and "International Female Solo Artist",and an EMA for "Best Alternative Act".

At the 56th Annual Grammy Awards, she scooped up nominations for Best Pop Vocal Album for Paradise and Best Song Written for Visual Media for "Young and Beautiful"; plus her fourth Grammy nomination at the 60th Annual Grammy Awards, in the category Best Pop Vocal Album for Lust for Life.
Del Rey has also been the recepient of the MTV Europe Music Award for "Best Alternative"; then bagged the Trailblazer Award at the 2015 Billboard Women in Music event.

A Lana Del Rey concert is truly a bucket-list staple so this is your chance to scratch it off your list and brag it your friends. Or better yet, score tickets for the whole gang — book those tickets now!