Leon Bridges is coming to Moda Center on Monday 29th August 2022 to perform as part of his upcoming “The Boundless Tour”. The American soul singer and songwriter will commence on his boundless tour from 29th July, and the trek will run through September. The last performance will be at Santa Barbara Bowl on 9th September. The Texas native recently worked with Khruangbin on a collaborative LP, Texas Moon. Bridges will be accompanied by the Swedish Electronic music band Little Dragon. Bridges is recognized as one of the best live performers, with notable appearances at major global musical festivals as well. You can catch Leon Bridges live at Moda Center on 29th August by buying your tickets right now before they are all sold out! 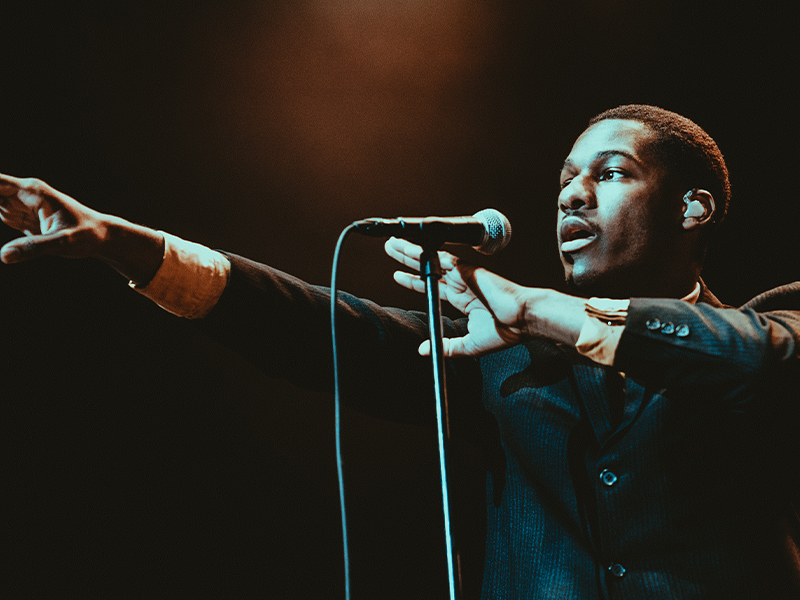 The artist talked about his excitement about performing live ahead of the tour announcement. He stated how he began playing for live audiences with performances from his first album, Coming Home. They used to be small clubs, but now he is prepping to play at a few of the most famous concert venues in the country. His 2015 single, also named Coming Home became a top 10 most viral track on Spotify, and the album received a nomination for Best R&B album at the 58th Grammy Awards. It was a huge fan favorite as well and garnered massive plays on streaming platforms such as Spotify.
Bridges began playing at open mics before signing his first deal with Columbia Records in 2014. The following year, he released his hit debut album, Coming Home. The album reflected the 1950s and 1960s style soul music, which attracted a lot of followers. Bridges is known for having the smoothest voice in the industry currently. His performances are beautiful, and the audience is always left in awe of what he does on stage. Catch the magical Leon Bridges live with the exciting Little Dragon lined up as the supporting act at Moda Center on 29th August. Make sure you buy your tickets now because they could be gone very soon!