With charisma and stage presence that match her talent and creative imagination, violist, dancer, and true renaissance woman Lindsey Stirling comes to Moda Center on Wednesday 15th July 2020! The multi-talented artist brings her Artemis tour to the stage – a brand new show that features the music of last year's album of the same name. The tour is her biggest and most ambitious yet, with stunning choreography and stage production that lends a dreamscape feel to proceedings. Joining her in spport will be Canadian singer Kiesza, and LA singer and DJ Mako! 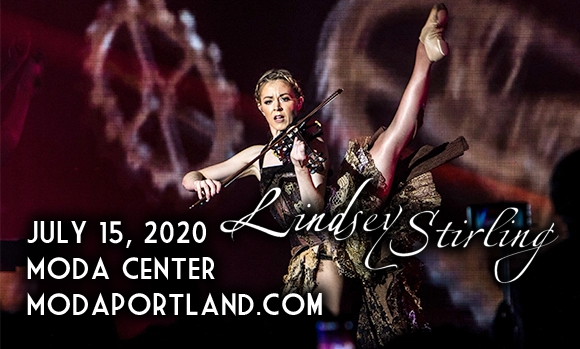 As innovative as she is talented, Lindsey Stirling is a one-of-a-kind artist. With several strings to her bow, this violinist, dancer, composer, video editor and performer decided to merge her skills to create a style of performance art that hasn't been seen before. Stirling first came to public attention when she was a quarter-finalist on the televised talent competition America's Got Talent, where she blew the judges away with her act. Although she didn't win, Stirling developed a following that soon translated to her YouTube channel, where she posts music videos and which now has over 12 million subscribers and 2.5 billion views. Over the years, she has recorded five studio albums, combining classical, hip hop and dance music to create her signature sound. All five of her albums have hit the top spot on Billboard's Classical Albums chart, with several of them reaching the top five of the Billboard 200, Top Dance/Electronic Albums and Independent Albums charts. Artemis, her most recent album, was released in 2019 and features collaborations with Elle King and Evanescence's Amy Lee.