Logic comes to Moda Center on Sunday 6th October 2019 on his Confessions of a Dangerous Mind Tour! The tour promotes his brand new album of the same name, which launched straight in at number one earlier this year, taking his career to the next level! Not only will Logic be performing a full set of pure fire, but he'll be bringing YBN Cordae and J.I.D as support! 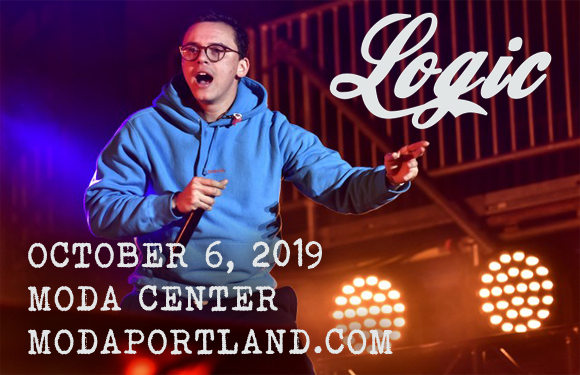 Despite only six years on the scene, Maryland rapper, singer, songwriter and record producer Logic has released a total of seven mixtapes and five studio albums including three number one albums on the Billboard 200. The talented hip hop artist first came to attention with his 2013 mixtape Young Sinatra: Welcome to Forever, which led to him signing a record deal with Def Jam Recordings. This year, in addition to releasing the New York Times Best Seller novel Supermarket and its accompanying soundtrack, Logic released his fifth studio album, Confessions of a Dangerous Mind, which features guest appearances from Eminem, Gucci Mane, G-Eazy, Will Smith, Wiz Khalifa, and DMV native YBN Cordae.