Chart topping hit makers – Maroon 5 & the sensational – Meghan Trainor have just announced their 2020 tour! As these incredible acts head out on the road together, their lucky fans will have the chance to catch both of them live on stage. One of their exclusive 2020 Summer dates includes an exciting performance at Moda Center on Monday 17th August 2020! Tickets are now on sale, don't miss out on this uplifting and entertaining night out! 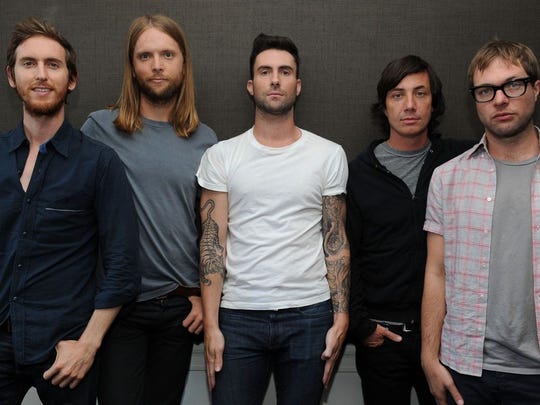 As one of the biggest bands in pop music, Maroon 5 have kept a steady success throughout the years and stayed up to date with the changes in modern music, their chart topping hits have kept their fans entertained from the get go – it's no wonder people can't get enough of them!

Hailing from California, Maroon 5 kick started their career with their unforgettable album, Songs About Jane which included the likes of; This Love, She Will Be Loved, Sunday Morning and Harder to Breathe, plus so many more that have remained to be some of their biggest hits to date. The album release helped to put them on the musical map and they have stayed at the top of their game ever since.

Churning out records such as It Won't Be Soon Before Long back in 2007 and more recently with their Hands All Over record which included the single "Moves like Jagger" – the song became a global hit and is frequently still played across radio stations around the world as it's one of their most catchy tracks to date.

Come and catch the amazing Maroon 5 as they hit the stage with pop star Meghan Trainor this summer!