Great news, Bublé fans! Our favorite Canadian crooner will take us Higher this concert season as he brings his "Higher Tour" to Moda Center this Tuesday, September 27. You will indeed be Feeling Good and feeling at Home as you witness the Grammy Award-winning superstar perform new songs from his latest 2022 album. Don't miss the chance to hear Buble's iconic modern jazzy voice live and sing along to his classic hits, such as "Home," "It's A Beautiful Day," "Feeling Good," and "Sway," among many others. Reserve your tickets now, as thousands of fans are already excited to get a hold of one. Who can blame them? Buble is known to give a fun concert while being serious in his craft as a crooner –– not to mention the surprise guests he brings into the stage. So be sure to hit that "Get Tickets" button now and reserve your ticket purchases! 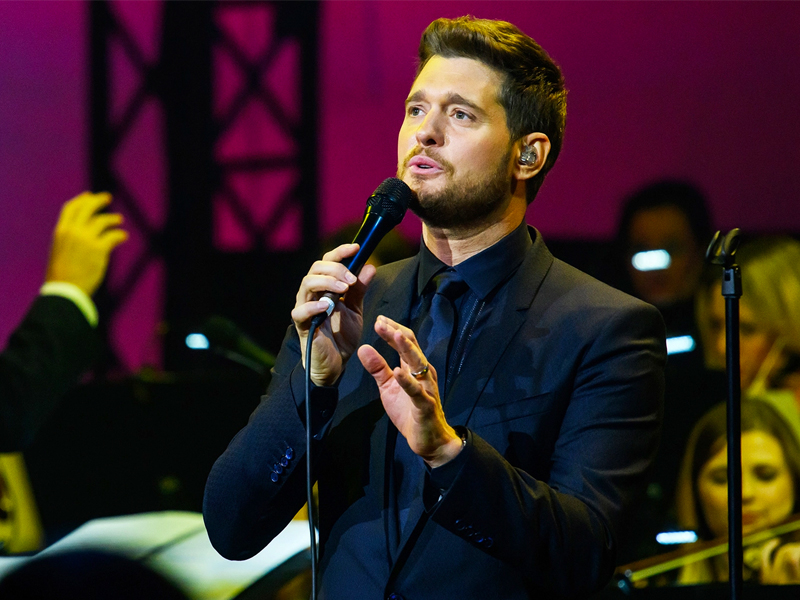 Breaking into the limelight in the early 2000s with his old-school jazz standards and adult contemporary pop songs, Michael Bublé became a household name in the music industry. Thanks to his signature songs, such as "Home," "Sway," "Fever," "The Way You Look Tonight," "Moondance," and "You'll Never Find Another Love Like Mine," he proved that jazz can also be fused with pop tunes. With his supple voice and nonchalant charisma, he was able to win the hearts of many and cemented his status as the preeminent neo-crooner of his generation.

Influenced by classic singers such as Frank Sinatra and Tony Bennett, Buble successfully released multiple albums. His 2003's self-titled album topped the Canadian charts and made him win "Breakthrough Artist of the Year at the Juno Awards. That win foreshadowed the multiple victories he would have in the years to come. To date, he has won 14 Juno Awards out of 37 nominations. In addition, he has collected 4 Grammy trophies out of 11 nominations he had. Not to mention his awards from American Music Awards, People's Choice Awards, and several other award-giving bodies both inside and outside the US and Canada.

In his 2022 album "Higher," Bublé balanced well-curated cover tunes with his originals, moving from swinging jazz to ebullient pop anthems. You can catch him performing his recent songs on his tour this year. He will make a stop at Moda Center this September 27 (Tuesday). Don't forget to reserve your tickets as early as today because this is expected to sell out fast. With unstoppable talent, energy, and a voice equally at home singing in all genres, we expect this to be another sold-out concert tour for the Canadian crooner. Click the "Get Tickets" button to reserve your tickets now!