Engines are roaring as the monster trucks manned by highly-skilled motorsport athletes are making a comeback. Watch the trucks fly up high and face head-to-head on a battle as Monster Jam is making a stop at the Moda Center on Sunday, 6th March 2022. Catch the 12,000-pound trucks fight for a spot at the highly awaited Monster Jam World Finals where the series champion takes a seat. The trucks are roaring in excitement to bring you a breathtaking show, including the Grave Digger, El Toro Loco, Megalodon, and much more. It's gonna be a full-throttle adventure! Book your tickets now! 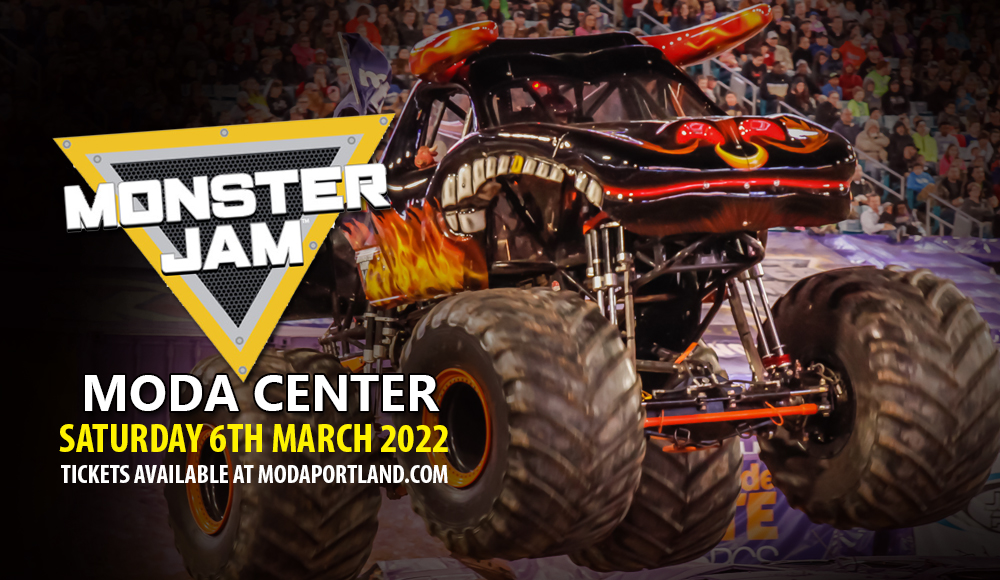 Monster Jam, the full-throttle, action-packed motorsport has amazed fans all over the world with its adrenaline-inducing battles including freestyle, racing, two-wheel skills, donut, and much more. The trucks have made their way to bring breathtaking shows across the US, Canada, Europe, Australia, Japan, The Philippines, Singapore, Japan, and so on.

The series made its first wave in 1992, having had various tours such as a European Tour, Canadian Tour, Thunder Nationals (arenas), Freestyle Mania, and so on. Video games were even dropped as people can't get enough of Monster Jam!

Since the year 2000, World Finals takes place as the pinnacle of the Monster Jam series. With a slight interruption by the pandemic, Monster Jam is back to let engines roar their way towards the next World Finals.

Full-throttle, stunts, and flying high, you can't miss out on this breathtaking battle of a lifetime. Catch your favorite trucks face head-to-head on exciting battles and events. Hit the gas pedal, and book your tickets now!