It's time to rev up those engines as your favorite action-packed battle of the monster trucks, Monster Jam, is coming right back to Moda Center on Saturday, 4th of March 2023. The iconic motorsport event raved by fans all around the world is making its big live show comebacks as Monster Jam fans crave the adrenaline rush of watching 12-thousand-pound trucks face head-to-head on a battle – snatching a spot for the much-awaited Monster Jam World Finals. Catch the biggest and 'baddest trucks roll into monster madness at Monster Jam by booking your tickets now! 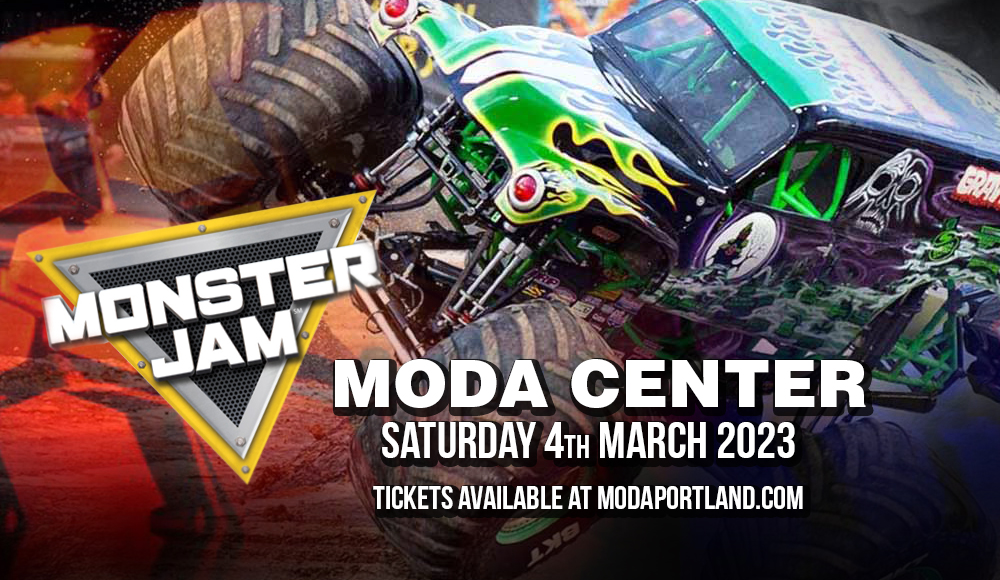 Monster Jam has made engines roar and set foot on flaming battles since 1992. Participating trucks face full-throttle competitions as they take their shots at securing a spot in the highly-anticipated world finals championship. The live motorsport event takes the trucks to face off in three types of competitions – racing, two-wheel skills, and freestyle. In these competitions, you can witness these raging trucks go on full speed, strike their best moves using only two wheels, perform donuts or cyclones, jump over junk cars, and many more big and monstrous surprises.

In between these main highlights, other events may also be held at Monster Jam. An example of this is the "donut" competition wherein the driver attempts to spin their truck as much as they can. Another event is speedster obstacle course battles.

You can expect an all-star lineup at Monster Truck which includes your favorites Grave Digger, Megalodon, Son-Uva Digger, and much more of these monstrous motor beasts!

The love for these beasts extends even outside of the US. Monster Jam has made its way to performing at various parts around the globe. The motorsport event has held shows in various cities in countries including Canada, Australia, Japan, Saudi Arabia, and Singapore.

Since the year 2000, the World Finals has been one of the most highly-anticipated motorsports events among audiences around the world. After a brief pause brought by the global pandemic, the championship finally made its big return and is coming right back at full speed in this new season. But before we get all excited about the Monster Jam world finals, make sure you don't miss out on catching the battle live at Moda Center where these trucks give it all their might to fight for a spot at the beloved championships. So, rev up those engines and book your tickets now!