Get ready for ignition as the world's favorite monstrous motorsport event Monster Jam is heading right back to heaps of soil, dirt, and mud at Moda Center where the trucks go head-to-head on a fierce battle for a spot at the highly-anticipated World Finals. Monster Jam is happening at Moda Center on Sunday, 5th of March 2023. The show features a star-studded lineup of beasts including Grave Digger, Son-Uva Digger, and many more! Don't miss out on Monster Jam's fierce battles and competitions at Moda Center by booking your tickets now! 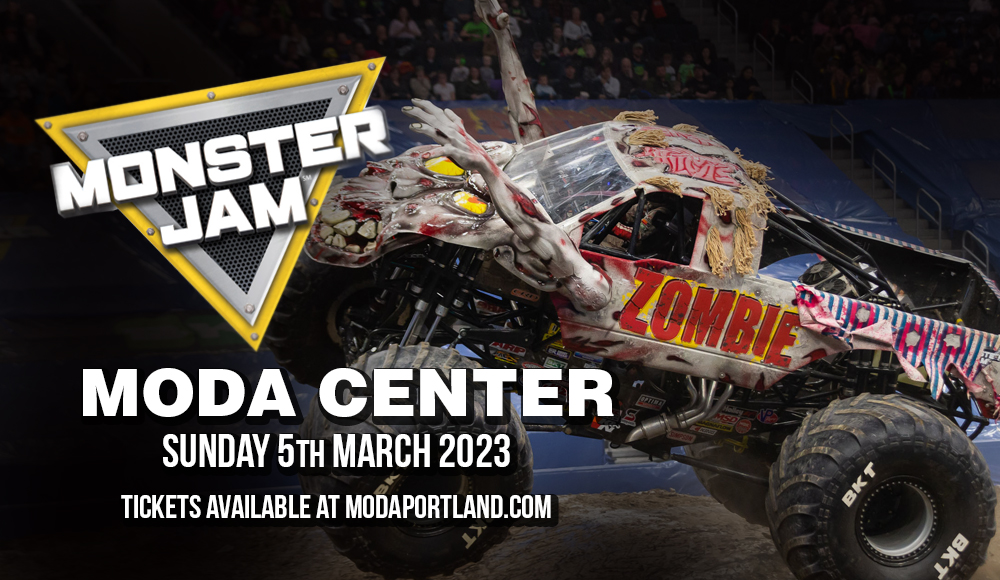 Revving up and igniting engines on fierce battles since 1992, Monster Jam has become a global favorite motorsport event for its dirty monstrous trucks battling face-to-face. Since then, audiences have seen these trucks go on full speed, soar high over junked cars, and spin like there's no tomorrow. Monster Jam features three face-off events where trucks compete in racing, two-wheel skills, and freestyle.

Racing is where the trucks race to cross the finish line first and move on to the next rounds of the competition. Introduced in 2017, the two-wheel skills competition involves showing their best moves using only two wheels. The winner is in the audience's hands as they vote for whom they think the best truck is. The freestyle competition gives drivers the liberty to show what they've got for one and a half to two minutes on an open floor. They could jump over heaps of junked cars and performs various stunts. Apart from the main events, Monster Jam shows also feature other events such as the "donut" competition where drivers attempt to spin their trucks like there's no tomorrow.

An all-star lineup of the world's favorite trucks are expected to battle head-on at Monster Jam. This includes Grave Digger, Megalodon, Son-Uva Digger, El Toro Loco, and many more!

With about three decades of dirty, rough, and adrenaline-inducing monstrous motorsport fun, Monster Jam has amassed global attention, even performing in various cities outside of the US. Monster Jam has made appearances in places including Europe, Australia, Singapore, the Philippines, Japan, Costa Rica, and many more.

With a new season speeding through, don't miss out on these trucks going full-throttle as they battle for a spot at the highly-anticipated world finals. Catch this one-of-a-kind unique motorsport experience live at Moda Center by booking your tickets now!