Fans of amazing music have been eagerly waiting for Monday Monday 30th September 2019 because Morrissey & Interpol is coming to Portland Oregon to perform live in concert on the Moda Center stage. If you want to join a growing list of fans in what will be an evening of unparalleled talent and flawless music, then you won’t want to miss what may be the supreme show to see in 2019! With these two iconic artists, you'll be spoilt for entertainment! Don't miss out on this incredible event! 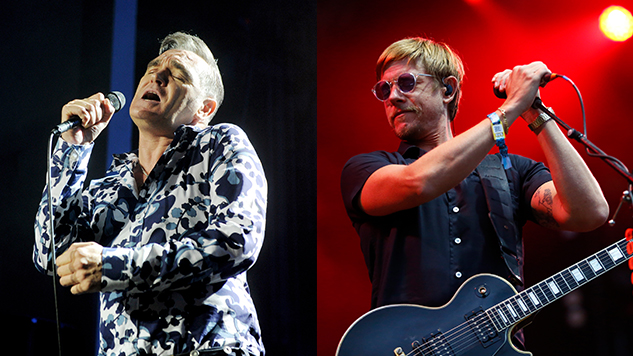 This September on Monday 30th September 2019, Moda Center is bringing the thunder when they host Morrissey & Interpol which critics are predicting will be the best concert show in 2019.

Morrissey ascended to fame in the 1980s as the lyricist and vocalist of the revered British rock band The Smiths. The band became cult favorites, gaining both critical and commercial success in the United Kingdom, but disbanded in 1987. During his time in The Smiths, Morrissey developed an avid fan base, becoming a cultural icon with his politically charged, acerbic lyrics and inherent sense of style. He is broadly seen as an important innovator in the indie music scene, with music magazine NME considering Morrissey to be "one of the most influential artists ever". After the break-up of The Smiths, Morrissey began a successful solo career, making the top ten of the UK Singles Chart on ten occasions. His first solo album, 1988's Viva Hate, entered the UK Albums Chart at number one. His tenth studio album, World Peace Is None Of Your Business, was released in July 2014. Since then he has been continuing to impress his dedicated fan base with a string of incredible tours, 2019 is set to be yet another groundbreaking year for the legendary artist that is Morrissey!

On support is Interpol – making their name as part of New York's post-punk indie scene in the early 2000s, alongside bands such as the Strokes, Longwave, the National and Stellastarr, American rock band Interpol found critical acclaim with their 2002 debut album Turn on the Bright Lights. Reaching tenth position on the NME's list of top albums in 2002 and number one on Pitchfork Media's Top 50 Albums of 2002, the album was the first of several successful albums for the band, whose subsequent records Antics (2004) and Our Love to Admire (2007) brought the band international recognition. Since its inception in 1997, the group has released eight EPs and six studio albums, including their latest; 2018's Marauders. In the United States, Interpol has sold over one million albums, and almost two million worldwide!

Get ready for one of the biggest shows of 2019 – right here, right now!