Pink Floyd's bassist – Roger Waters is coming LIVE to Moda Center on Saturday 10th September 2022! Known for his prolific work as part of the legendary progressive rock unit, Roger Waters now performs under his own solo act and transforms the stage with his flawless catalog of songs. Don't miss out on this exciting, once-in-a-lifetime experience – tickets are available to book right here, right NOW! 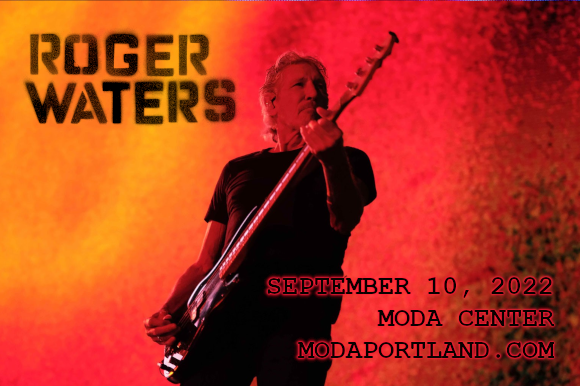 Roger Waters hardly needs an introduction as one of the most accomplished musicians in rock history. With his long standing career as both part of the legendary band Pink Floyd and now as a solo musician. The English singer/songwriter and composer shows no sign of stopping as he continues to make music and perform live to his ever loving fan base.

The incredible Roger Waters took part in one of the biggest bands to walk the earth Pink Floyd and together they made their mark with their unforgettable album releases which included groundbreaking singles from each of their releases. The Dark Side of the Moon (1973), Wish You Were Here (1975), Animals (1977), and The Wall (1979) still remain to be some of the greatest pieces of art of all time. Pink Floyd fans are some of the most dedicated around and helped to shape their iconic career, as they sold together over two hundred million albums across the globe and truly left a legacy behind them.

Since the end of Pink Floyd's years, Roger Waters has sustained a career under his own name and now embarks on his 2022 tour dates to showcase his unique solo work from across the decades from successful albums such as; The Pros and Cons of Hitch Hiking (1984), Radio K.A.O.S. (1987), Amused to Death (1992), and Is This the Life We Really Want? (2017). Known across the nation and the rest of the world for his impeccable vocals and guitar skills, he never fails to blow the crowd away!

If you love Pink Floyd and Roger Waters then be sure to grab those tickets for his exciting, unmissable dates in 2022! There's nothing like seeing your favorite musician live on stage, before your very eyes! Don't miss a moment – book online today.