Legendary rock band Scorpions are embarking on the Rock Believer tour this 2022! The much-awaited trek consists of 24 monumental shows in major cities, including Portland, Oregon! On Sunday, 9th October 2022, Scorpions will light up the stage at the iconic Moda Center with their special guest, Whitesnake! This monumental show at Portland’s largest arena is set to promote Scorpions’ latest album, Rock Believer, as well as their biggest hits and fan favorites! If you’re a classic rock fan, you should not miss this show! Grab your tickets now and experience Scorpions and Whitesnake’s epic performances at the Moda Center! 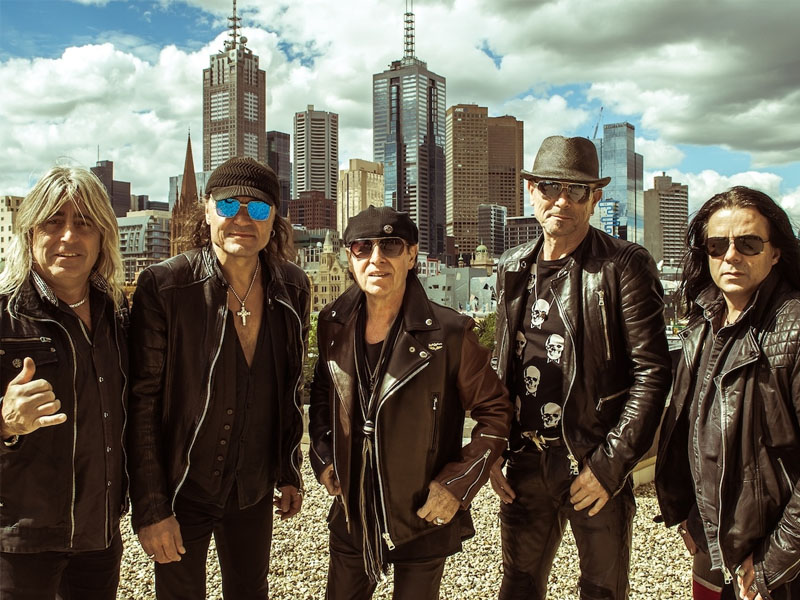 German rock band Scorpions has been at the forefront of the ‘80s classic rock, and metal era with the hits “Rock You Like a Hurricane,” “Wind of Change,” and “Still Love You.” Apart from high-energy tracks, Scorpions are known for power rock ballads, which they adapted in the late ‘70s. Scorpions have released 19 studio albums and sold over 100 million copies worldwide, making them one of the best-selling rock bands of all time.

Since 1972, Scorpions has consistently circled the globe, promoting their brand of rock and roll. Despite attracting a niche crowd early in their career, the band continued to spread their music until they found commercial success with their sixth album, Love Drive. The album landmarked their transition from heavy metal to hard rock. In 1982, Scorpions entered the top 10 of Billboard’s 200 charts, marking their crossover to the U.S. market. By their tenth studio album, Savage Amusement, Scorpions has peaked at number 5 on the Billboard 200 chart.

Meanwhile, fellow classic rockers Whitesnake have taken the world by storm with their hit singles, “Here I Go Again” and “Is This Love.” The band, led by former Deep Purple member David Coverdale, has dropped thirteen critically-acclaimed studio albums – earning numerous platinum and gold certifications along the way. This year, the band embarks on a farewell tour after Coverdale announced his eventual retirement in 2020.

Tickets to see Scorpions and Whitesnake take over the Moda Center are now available! This may be your last chance to see Whitesnake perform live on stage, so grab your tickets now before it’s too late!