Good news, The Doobie Brothers fans! Brace yourselves for the ultimate concert experience this fall, as your favorite band from the 70s and the 80s are back on the road after nearly 25 years. Join Tom Johnston, Pat Simmons, John McFee, and Michael McDonald as they bring their 50th Anniversary Tour to Moda Center this Saturday, September 24, 2022. Witness once again the smooth, soulful soft rock tunes of the Doobie Brothers as they entertain the audience with their signature hits, such as "Listen to the Music," "Long Train Runnin'," "China Grove," "What a Fool Believes," and many more. Grab your tickets for their show and head to Oregon's famous venue with enthusiasm, as the brothers will give you nothing but a memorable anniversary show! Click on the "Get Tickets" button to secure your tickets. 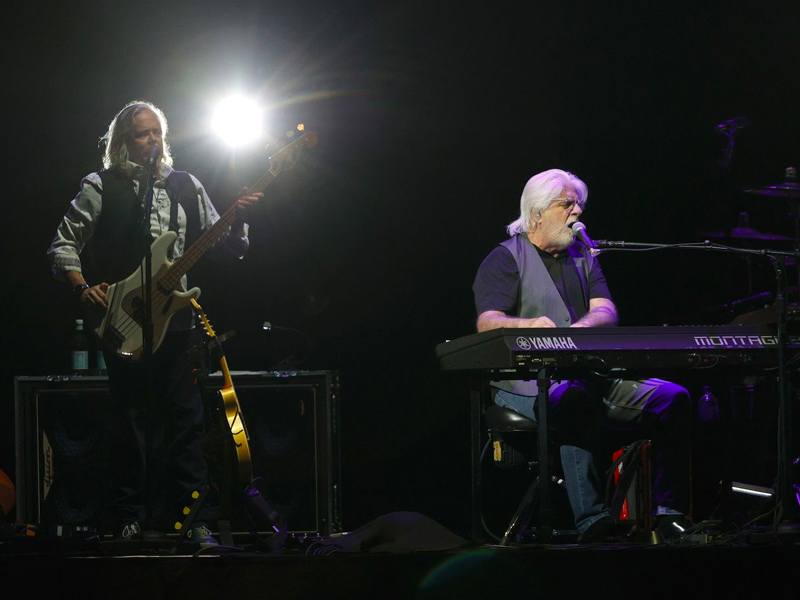 Formed in the dawn of the 70s in San Jose, California, The Doobie Brothers are a band known for their soft rock tunes that invaded the radio waves during the 70s and 80s. The band initially started with a mainstream rock and roll sound, but like any other artists, they experimented with their artistry and played with several genres throughout their careers. They became one of the top rock bands in America in the early '70s, but the touring took a toll on lead singer Tom Johnston. Due to health reasons, he had to leave the band in 1975.

The replacement of Johnston by Michael McDonald led the band towards a new sound, which focused on the blue-eyed soul. McDonald was with the group until they split up in 1982; Johnston returned when they reformed a few years later. Since then, the group has regularly toured and recorded. McDonald also joins the band occasionally as a guest vocalist on record and on tour. From the 90s until the early 2020s, the band has been active touring with other bands like Chicago. Last year, they released their 15th studio album entitled "Liberté."

On January 15, 2020, it was announced that the Doobie Brothers were one of the six groups that would be inducted into the 2020 Rock and Roll Hall of Fame. The induction included living members Tom Johnston, Patrick Simmons, Michael McDonald, John McFee, Tiran Porter, John Hartman, and Jeff Baxter. At the same time, drummer & vocalist Keith Knudsen and drummer Michael Hossack would be inducted posthumously. This is a piece of great news for all fans who have seen these guys as an inspiration through their timeless music after all these years.

Fans even got happier when they found out that The Doobie Brothers are embarking on their 50th Anniversary Tour this year. The band will tour around the country and will make a stop at Oregon's Moda Center on September 24. Catch this iconic band perform their hits such as "Listen to the Music," "Black Water," "China Grove," "What a Fool Believes," and "Long Train Runnin'," on a memorable Saturday this September. Grab your tickets here by clicking the "Get Tickets" button.