The Legendary Harlem Globetrotters comes to Moda Center on Saturday 22nd January 2022. Watching the Globetrotters play is always a "one of a kind" experience. Thousands of Sport and entertainment lovers are psyched and looking forward to watching the globe trotters perform. Blessed way to kick the weekend off; if you're not in Portland, you should start thinking of getting tickets for this lifetime entertaining event.
Moda Center is a multipurpose arena that is suitable for numerous indoor sports, including basketball. The hall is part of the Rose Quarter sports and entertainment zone, which comprises the Memorial Coliseum arena and multiple parking facilities, restaurants, and other attractions in inner northeast Portland.
Please get your tickets as soon you can before It runs out!

Chicago's South Side was the birthplace of the Globetrotters in 1926, and all of the team's founding members were born and nurtured there. The Savoy Big Five, a basketball team of African-American players who played exhibitions before dances owing to falling attendance at the Savoy Ballroom, opened in January 1928 as the forerunner to the Harlem Globetrotters. A quarrel among the team's members led to several of them walking away from it in 1928. Players led by Tommy Brookins established the "Globe Trotters" in the fall of that year and went on a spring tour of south-central Illinois. Team manager and promoter Abe Saperstein got associated with the group. Saperstein's basketball team, the "New York Harlem Globe Trotters," was touring Illinois and Iowa by 1929. Saperstein chose the names Harlem and Globetrotter to pay homage to the team's travels across the world at the time, respectively.   Globetrotters games in Harlem did not begin until 1968, over four decades after the team was founded.
The Moda Center, previously the Rose Garden, in Portland, Oregon's main indoor sports arena It's utilised in sports like basketball and ice hockey and conventions and ice shows, concerts, and plays. When set up for basketball, the arena can hold 19,393 spectators.  The acoustics and other features are top-of-the-line. Watching the Globe Trotters perform is a different kinda experience, and it's something to look forward to. Tickets are selling out fast! Get yours as soon as you can! 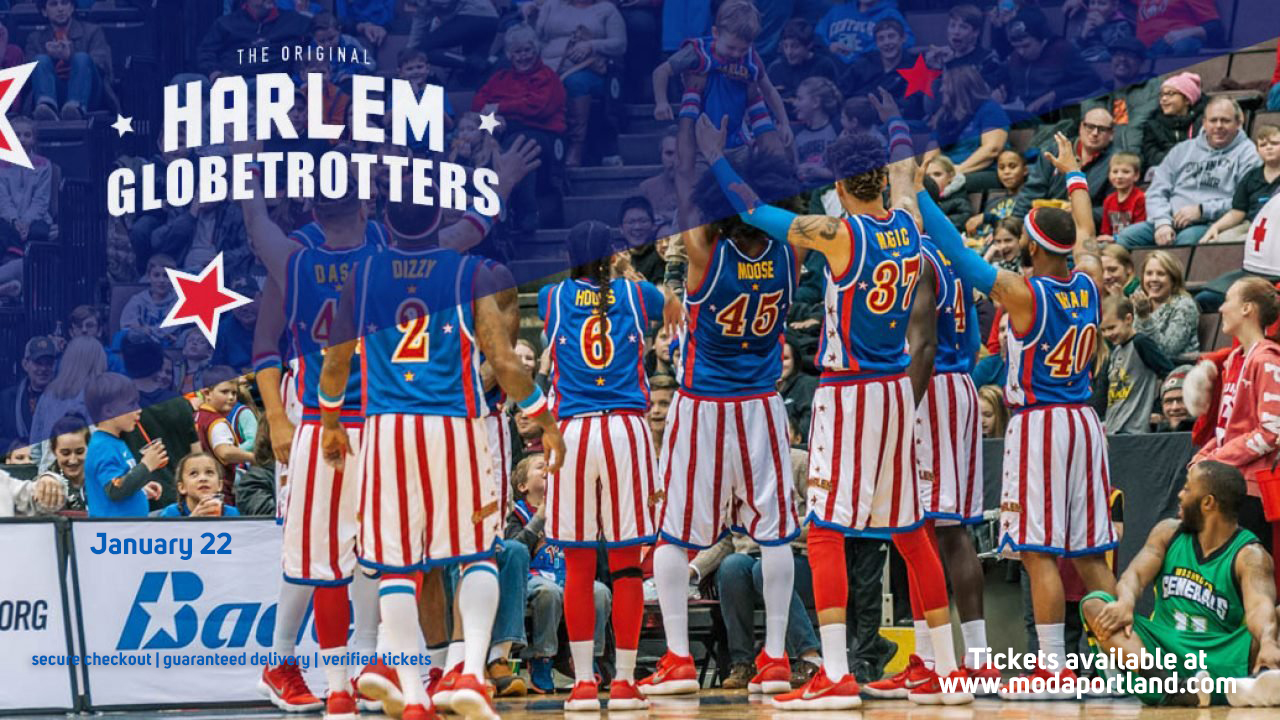