The War On Drugs Tickets

Back with their first new album since 2017, The War On Drugs comes to Moda Center on Wednesday 23rd February 2022! The indie rock band, fronted by Adam Granduciel, has made huge waves in music with their past few releases, grabbing the attention of critics (and the Grammys) with their introspective, haunting soundscapes! An absolute must-see live act, The War On Drugs are nothing short of compelling! 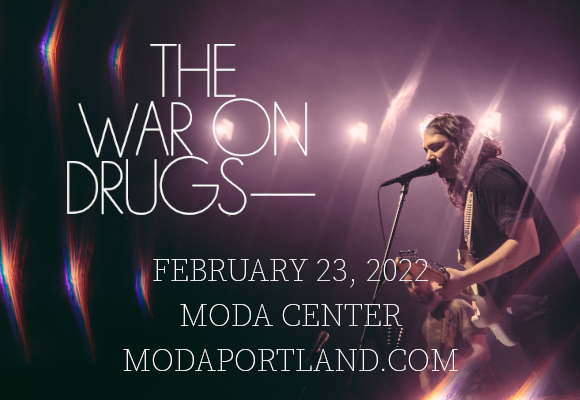 In 2005, Adam Granduciel and Kurt Vile formed indie rock band The War on Drugs in Philadelphia, Pennsylvania. Three years later, the group released its debut album, Wagonwheel Blues, on independent label Secretly Canadian before setting out on a European tour. Shortly after their return, Vile left the band to focus on his solo career and the group went through several line-up changes. Their line-up today stands as Granduciel (vocals, guitar), David Hartley (bass guitar), Robbie Bennett (keyboards), Charlie Hall (drums), John Natchez (saxophone, keyboards) and Anthony LaMarca (guitar). In 2011, they released their sophomore album, Slave Ambient, which reached number four on the Billboard Heatseekers Albums chart. It was followed three years later by the critically acclaimed Lost in the Dream, which debuted at number 26 on the Billboard 200 and both topped and appeared on a number of end-of-year lists of the best albums. This led to the band being signed by Atlantic in 2015, with whom they released their 2017 album A Deeper Understanding. The album won the band Best Rock Album at the 60th Annual Grammy Awards and reached number 10 on the Billborad 200.