The Weeknd has announced his After Hours Tour, which will be hitting up cities all across the US this summer in support of his 2020 album of the same name! This is the dark-wave R&B singer's fourth studio album and the first full-length follow-up to his number-one album Starboy (2016), and it is eagerly awaited by fans! The multi-platinum-selling, Grammy Award-winning artist will be joined by contemporary R&B singer-songwriter Sabrina Claudio & rapper, singer, and songwriter Don Toliver in support, and will be performing at Moda Center on Friday 31st July 2020! 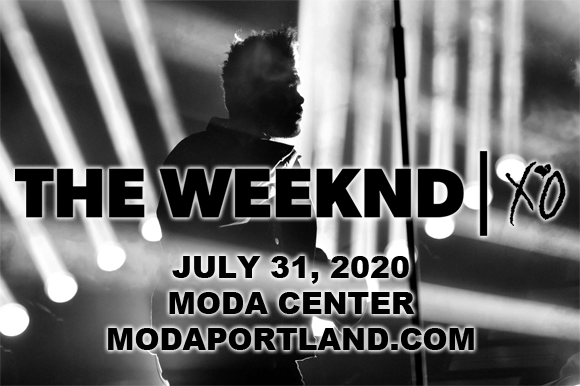 The Weeknd is the stage name of Canadian singer, songwriter, actor and record producer Abel Tesfaye. In late-2010, Tesfaye uploaded three tracks he had worked on with producer Jeremy Rose to YouTube – "What You Need", "Loft Music" and "The Morning". The songs caught the attention of Drake, who featured them in one of his blog posts, and were soon receiving coverage from publications like Pitchfork and The New York Times. He released a trio of mixtapes in 2011 – House of Balloons, Thursday, and Echoes of Silence – which he re-released the following year under the name Trilogy. Tesfaye's debut album, Kiss Land, came in 2013 and debuted at number two on the US Billboard 200, selling 96,000 copies in just one week. Beauty Behind the Madness (2015) followed, hitting the top spot on the chart and launching two Billboard hot 100 number-one singles: "Can't Feel My Face" and "The Hills". The album also won Best Urban Contemporary Album and was nominated for Album of the Year. He went on to have two more number-one releases with his 2016 album Starboy, which spawned the Billboard Hot 100 number-one hit "Starboy", and his debut EP My Dear Melancholy (2018). To date, Tesfaye has won three Grammy Awards, two American Music Awards, nine Billboard Music Awards, nine Juno Awards, and has been nominated for an Academy Award.