A voice is calling out inviting fans of talk show and stand up comedy. Yes, that voice belongs to South African comedian, writer, producer, political commentator, actor, and television host Trevor Noah. You heard it "Loud & Clear"! This tour is Noah's first trek around North American arenas. The Loud & Clear Tour is headed to this side of town, with Noah hitting the live stage of the Moda Center on Saturday 14th December 2019. If you love Noah's daily presence on TV as one of the hosts of the Daily Show, then experience his engaging banter on a huge stage arena. Lock-in that date and book your tickets now! 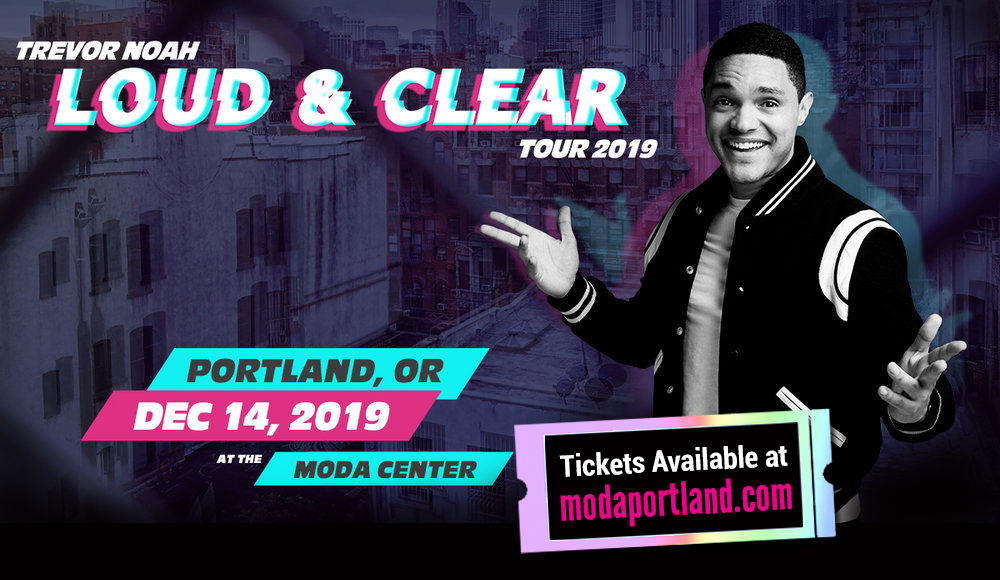 One of the most celebrated TV talk shows hosts today, Trevor Noah is embarking on his first-ever arena tour. Dubbed as the "Loud and Clear" tour, Noah is known for his insightful and authentic take on politics and current events.

Trevor Noah currently hosts The Daily Show, an American satirical news program on Comedy Central. Noah took on the cudgels of hosting this program as he succeeded long-time host Jon Stewart in 2015.

Trevor Noah has created a clout of influence among fans as he dishes out his observations about race and ethnicity which have become leading themes in his comedy.

Press and the media also recognized his unique flair and excellence as Noah was named one of "The 35 Most Powerful People in New York Media" by The Hollywood Reporter in 2017 and 2018. In 2018, Time magazine named him one of the 100 most influential people in the world.

You've heard it loud and clear. The buzz for tickets is getting louder and louder. Don't miss the beat. Book your tickets now!