Ladies and gentlemen, boys and girls, your host for the evening, the one, the only Trevor Noah at the Moda Center on Saturday, November 27th 2021. Host of the Award-winning The Daily Show, Trevor Noah has been told that, now former President Trump is no longer under as much scrutiny as before he poses a very real threat to Trevor’s life, and Trevor must travel continuously, never spend any night in the same place and keep himself surrounded by people at all times. So, buy some tickets and come on down, Trevor could really use the support, or just some bodies between him and an assassin.
(As far as we know, neither Trevor’s life nor yours is not under any threat at this show, it’s a joke.) 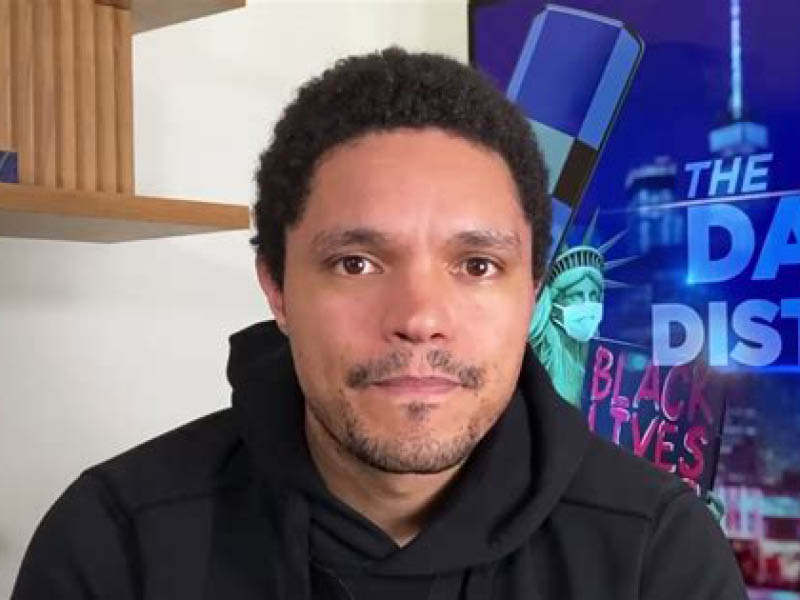 Emmy and Peabody Award-winning The Daily Show Host, Trevor Noah, is the most successful comedian in Africa. Trevor was born in South Africa during the last gasps of apartheid and the tumultuous days of freedom that came with its demise, to a black South African mother and a white European father, a combination that would leave most people utterly f*****. He has managed to haul his skinny little a** out of oppression, having several hosting roles with the South African Broadcasting Corporation, he hosted the show, Tonight with Trevor Noah, on DStv from 2010 to 2011. In 2014, he became the Senior International Correspondent for The Daily Show, and in 2015 succeeded long-time host Jon Stewart to become one of the most popular hosts on the show, and was named one of, The 35 Most Powerful People in New York Media, by The Hollywood Reporter in both 2017 and 2018, with Time Magazine naming him, one of the hundred most influential people in the world, in 2018. Most recently, he was the host of the 63rd Annual Grammy Award ceremony at the Los Angeles Convention Center in Los Angeles on March 14, 2021.