This December, the Moda Center welcomes the ultimate heavy metal showdown called the Trinity of Terror Tour! On Sunday, 11th December 2022, the Trinity of Terror will take over Portland’s top entertainment venue with thrilling performances from Ice Nine Kills, Black Veil Brides, and Motionless in White. The show is part of Trinity of Terror’s extensive dates, now on its third leg of shows beginning in October. If you love heavy metal, there’s no other concert apart from Trinity of Terror that will make you bang your head until your neck breaks! So go ahead and grab those tickets now! 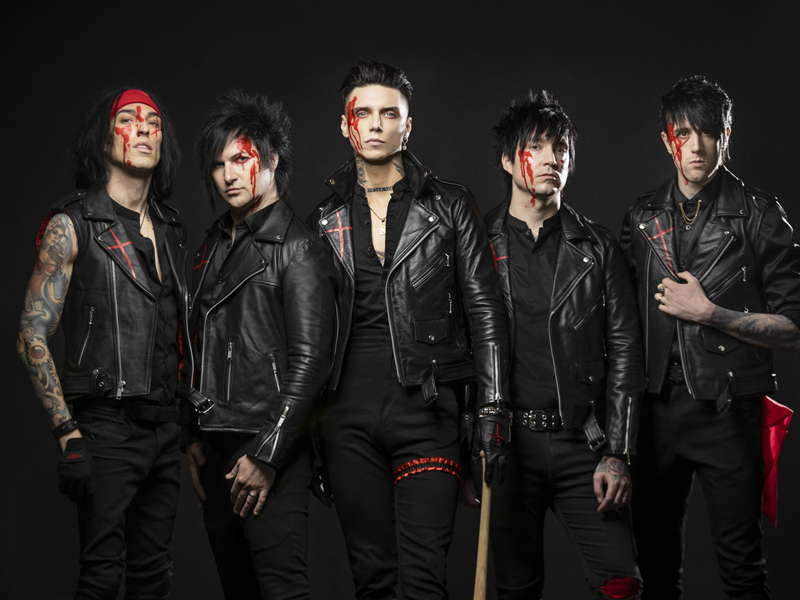 Boston-based heavy metal outfit Ice Nine Kills has been serving the quintessential metalcore masterpieces since 2000. The quintet led by Spencer Chanas has released six highly-acclaimed studio albums, including their latest effort, The Silver Scream 2: Welcome to Horrorwood. The sixth album, released in 2021, is the band’s most successful effort to date. The album, which was a follow-up to its predecessor, The Silver Scream, dominated the Top Hard Rock Albums and peaked at number 18 on the Billboard 200 chart. Apart from entering five charts in the U.S. Billboard, the album also entered four U.K. charts, as well as mainstream charts in five other countries.

Hollywood-based rock band Black Veil Brides are currently promoting their latest album, The Phantom of Tomorrow, released in 2021. The album has a rock opera concept and features hit singles, “Scarlet Cross,” “Crimson Skies,” “Born Again,” and more. The album became a hit in the U.K., peaking at numbers 6 and 8 on the Rock and Metal Albums and Independent Albums charts in the U.S.

Horror metal outfit Motionless in White is the third and final band to join this incredible tour. The heavy metal quintet from Pennsylvania has entertained headbangers with tracks such as “Another Life,” “ Voices,” and “Masterpiece.” They recently dropped their latest album, Scoring the End of the World, via Roadrunner Records. Upon its release, the band’s sixth studio effort dominated Billboard’s Top Hard Rock Albums and peaked at number 2 and 12 on the Top Rock Albums and Billboard 200 charts.

Tickets to attend the Trinity of Terror at the Moda Center are now available! Score your tickets now and witness these electrifying heavy metal bands fire up the stage on Sunday 11th December 2022!