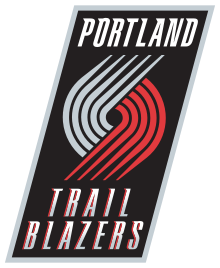 If you’re a basketball fan you’ve heard of the Portland Trail Blazers.

Based in Portland, Oregon, this American profession basketball team has gradually seen a continuous up rise, finally to win the NBA Finals once while advancing to the finals two other times.

The Trail Blazers are representatives of the Northwest Division of the Western Conference when playing in the National Basketball Association. But as far as Oregon is concerned they are the only major league franchise. Believe it or not, they had the second longest streak in the sports history of America because from 1977 to 1995 they witnessed 814 consecutive sold out home games!!

It will come as no surprise that we say get your tickets as early as possible!

Other than taking the trophy at NBA finals once, the Portland Trail Blazers has made their mark in many other championships – it has won 3 conference championships and four division championships. Other than that, it also had the privilege of playing 26 times in the NBA playoffs out of which 21 times were consecutive.

Some of the Hall of Fame players who played for the team (Lenny Wilkens, Scottie Pippen, Clyde Drexler and Bill Walton) were actually also included in the League’s 50 greatest, which is quite an accomplishment in itself.

The Portland Trail Blazers has had the honor of receiving many other NBA awards and honors. Individual awards such as Most Valuable Player, Rookie of the Year, First Team, All-NBA, J. Walter Kennedy Citizenship Award and many others of the kind have also been presented to individual players of the team and to the team as well over the years.